For Many SF Restaurants, Indoor Dining at 25 Percent Capacity May Be a Losing Proposition

For Many SF Restaurants, Indoor Dining at 25 Percent Capacity May Be a Losing Proposition

It’s been a long, winding path to indoor dining in San Francisco these past six months, even just to reach the 25 percent capacity version of it that has been allowed since last Wednesday, September 30.

But for those laboring under the impression that the city’s restaurants would all throw open their reservation books post-haste, San Francisco’s first week of indoor dining has, in fact, been more restrained. Many restaurants across the city have not opened their dining rooms and, in most cases, have no immediate plans to do so. And even the restaurateurs who have reopened indoors are under no illusion that a dining room that, even on the best night, will be 75 percent empty is going to save their business — especially when it’s unclear how many SF diners feel ready to partake in indoor dining.

“We’re going to lose money, no question about it,” says Josef Betz, co-owner of House of Prime Rib, the 71-year-old landmark SF institution that announced last week — to the delight of every San Franciscan on the internet, it seemed — that it would reopen later this month after having stayed closed for the duration of the pandemic.

For dining rooms that have reopened, the 25 percent capacity limit and other city guidelines pose challenges that vary depending on a restaurant’s size, layout, and style of service. Betz, for his part, rattles off a list of safety precautions that House of Prime Rib is implementing: a new filter system for the AC, hand sanitizer with a two-hour lifespan, and mandatory temperature checks for anyone who sets foot inside. Because it was completely closed prior to this, it’ll take two weeks — right up until its tentative October 15 opening date — for the restaurant to staff up, dry-age the beef, and make the salad dressing (which, Betz explains, needs between 10 and 14 days to ferment). Meanwhile, a few of the restaurant’s flashier hallmarks — the tableside carving of the prime rib and dressing of salads, for instance — will go to the wayside. Betz says the rolling carts will still be stationed somewhere in the dining room so guests can watch their meat get carved from a distance.

At 14,000 square feet, House of Prime Rib had a pre-pandemic capacity of 280 — it will have to cut that down to around 70 right now. Even if it sells out nightly, that might not be enough diners for a restaurant of its size to break even. Why bother, then, to reopen now when it seems there’s so little to be gained?

“We want to be a part of the city, so you cannot just look for money all the time,” says Betz, who, at 80 years old, plans to be at the restaurant greeting guests from day one. “You have to look for the total picture.”

For some large restaurants, like China Live, George Chen’s massive, multi-venue Chinatown dining emporium, that “total picture” is such that it didn’t make sense not to start seating diners indoors. The first-floor Market restaurant alone spans some 16,000 square feet, and, as Chen notes, its fixed costs are so high that any amount of additional revenue helps. “We can’t wait,” he says. “We’re on fumes.”

The Market slashed its total number of seats from 200-plus down to 40 or 50, filling in extra space with retail shelving, so that now, when customers sit down, they’re in a little semi-private nook surrounded by China Live-branded sauces and other merchandise — hopefully things they’ll purchase for their own home cooking, Chen says. According to Chen, the addition of indoor dining has already helped: Sales are up about 20 percent in this past week, though they’re still only something like 25 to 30 percent of what they were pre-COVID. 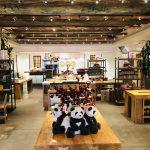 Indoor dining also gives Chen the opportunity to open two other China Live establishments that have been closed since the start of shelter in place: Eight Tables, Chen’s high-end upstairs supper club-style spot, will reopen on November 4, likely with a shorter, slightly less expensive version of its tasting menu. And his bar, Cold Drinks, will open around the same time with whiskey tastings and food supplied by Eight Tables.

It isn’t only giant restaurants like China Live and House of Prime Rib that are opening their dining rooms — though smaller spots face their own set of challenges. Montesacro Pinseria, the Roman flatbread specialist, can only seat 12 to 14 diners inside under the current guidelines, but owner Gianluca Legrottaglie says those dozen or so extra seats are worth the additional staff he had to bring on. “For such a small restaurant like mine, adding that extra 10 to 15 covers, it only requires one extra person,” Legrottaglie says. “It wasn’t a major additional cost for us.”

The broader question, though, is whether enough SF diners feel comfortable enough with indoor dining to even fill those 12 to 14 spots — a question Legrottaglie says he thought about a lot after he returned from a recent trip to Italy, where, he says, people seemed much more ready to resume dining at restaurants compared to people in San Francisco.

“That’s a personal decision,” says Laurie Thomas, the executive director of the Golden Gate Restaurant Association lobbying group. “And it’s not going to work for everyone.”

Thomas says the GGRA doesn’t yet have any data on how many restaurants have opened for indoor dining since the city guidelines came out last week, but she says it’s clear that a lot of restaurants are waiting to see how the next couple of weeks play out before they make any decision, given a number of points of uncertainty: “Are we going to see a spike in two weeks? Is there enough demand [for indoor dining]? Does my staff want to come back to work?” What no one wants is to hire a bunch of staff right now only to get shut down again, Thomas says.

And for many restaurants in the city, the math just doesn’t add up, especially spots that don’t have a lot of square footage in the first place — say, a tiny omakase sushi spot like Sasaki, for instance, which only has 12 counter seats to begin with. Chef-owner Masa Sasaki says the maximum capacity would have to increase to at least 50 percent before he could really consider opening indoors. Other restaurants, like Mahila, Azalina Eusope’s Malaysian Mamak restaurant, are taking a wait-and-see approach to see what happens with local COVID-19 case rates — Eusope says she plans to stick to takeout at least through the end of the month.

Sam Wo, the century-old Chinatown classic, provides another useful case study: Steven Lee, a co-founder and investor behind the restaurant’s 2015 revival, explains that the restaurant has stayed open for takeout with a bare-bones staff — just the chef and two servers. It can’t do outdoor dining because the street is too slanted. If it opened at 25 percent capacity, it might be able to seat 10 customers inside.

“The problem is manpower,” Lee says, noting that the kitchen is already maxed out. Even a small bump in business would require hiring additional kitchen staff. And while the restaurant “is so damn small,” at about 1,500 square feet, it’s also split between two floors, which means that any indoor dining plan would require an additional server to run food upstairs, even if there are only a handful of diners up there. At 25 percent capacity, it just isn’t likely the restaurant would generate enough extra revenue to cover those labor costs, Lee says.

Even for the restaurants that have decided to start indoor dining, the economics of operating a dining room at 25 percent capacity is a math problem that’s difficult to crack. Still, restaurant owners who fully expect to lose money on the endeavor say they have other incentives that make opening worthwhile — the “total picture” that House of Prime Rib’s Betz referred to, perhaps.

China Live’s Chen, for example, says he’s resigned to losing money on Eight Tables, which serves the kind of precise, labor-intensive food that requires a certain number of chefs in the kitchen, regardless of the fact that they might only be serving 10 diners on a given night. “It’s going to be a losing proposition,” Chen says.

Still, Chen insists that there’s a larger goal to reach for by opening the restaurant now and keeping its kitchen crew intact. “I feel that restaurant still has a job to do to change the perception of Chinese fine dining in this country,” he says.

For other restaurants, indoor dining at 25 percent capacity is just one step forward in an ongoing process that isn’t likely to end soon. “Hopefully, the 25 percent will not be forever,” Betz says. “Hopefully we control that virus a little better and maybe we go up to 50 percent.”

Or, as Legrottaglie says of this time of face masks and social distancing, “I still refuse to consider this the new normal. It’s a temporary normal.” – Eater San Francisco (10.15.20)