There’s something big heading to Amazon territory that could even eclipse the Spheres. China Live — San Francisco’s much-hyped $20 million-dollar food hall, retail market, and epicurean emporium focused on Chinese cuisine — is planning a Seattle expansion, aiming to open at 2107 Westlake Avenue in early 2021. When the venue arrives, it will bring full-service restaurants, bars, and shops in a 13,000 square-foot space to the heart of Amazon’s campus, with seating for around 300 and a rotating menu of local, seasonal fare.

In that respect, China Live promises to include dishes such as salmon corn fritters with sambal chili and applewood-smoked ribs with five spice, along with its signature pan-fried sheng jian bao, and Chinese charcuterie, including Peking duck pockets. There will be several open kitchens throughout the market and slow-cook clay pot stations providing diners with a hands-on experience. Those looking for a cocktail or two can expect a hidden bar from the team at the acclaimed Cold Drinks Bar, known for its scotch obsessions, and other spots within the complex serving beer, kombucha, and hard seltzers.

On the retail side, there will be shops hawking house-made condiments, spices, teas, jams, snacks, produce, fancy cookware, cutlery and gifts. It also seems that China Live wants to emphasize culinary education, with tastings and presentations regularly available, as well as TVs showing videos of Chinese cooking techniques. Handling the design for the marketplace to pull all these elements together is Cass Calder Smith AIA, an award-winning California and New York City-based architecture firm.

This ambitious project is the brainchild of veteran Bay Area restaurateur George Chen and his partner Cindy Wong-Chen, who brought the market to San Francisco’s Chinatown in 2017. At the time, it was one of the city’s most anticipated dining destinations, with Eater San Francisco comparing it to Eataly, the multifaceted Italian food hall that’s now become an international phenomenon (China Live also won an Eater Award for best restaurant that year). The Seattle outpost may get likened locally with places such as Melrose Market, Chophouse Row, Uwajimaya, and, of course, the iconic Pike Place Market, although its much different focus may help set it apart from others of its ilk.

“Seattle has several popular Chinese cuisine chain locations that seem to be doing well, demonstrating that folks in Seattle are open to more modern Asian dining,” Chen tells Eater Seattle when asked why the city was targeted for China Live’s expansion. “Additionally, we love the bountiful agricultural environment with lots of local produce, sustainable farms, ranchers and fisheries, so finding inspiration will be easy to highlight the local terroir.”

As for why Amazon became its partner, Chen says, “They only wanted the best for this prime location and pursued us, perhaps exclusively.” – Eater Seattle (02.11.20) 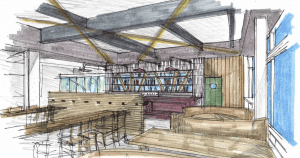 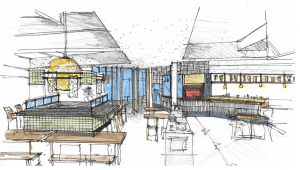 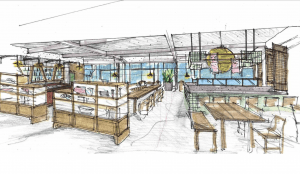 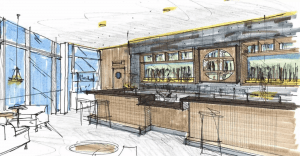 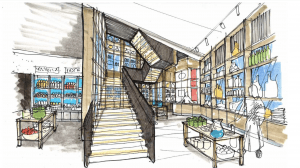 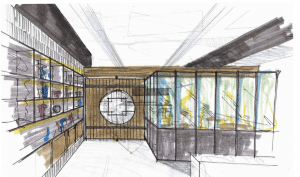 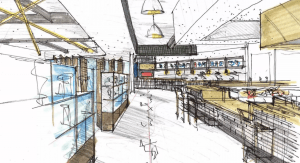